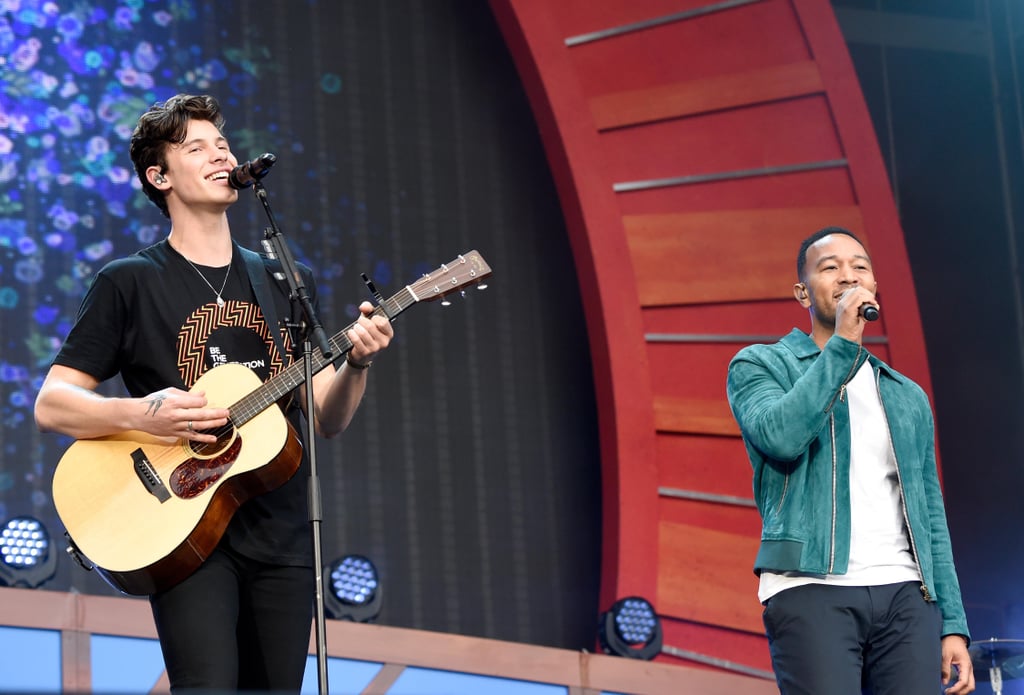 The Global Citizen Festival brought a profusion of activists, musicians, and celebrities to the stage at Central Park's Great Lawn in New York on Saturday. Stars such as Dakota Johnson, Janet Jackson, Shawn Mendes, Mark Ruffalo, and Cardi B delivered powerful speeches and performances while encouraging viewers to tackle social issues to make the world a better place. They addressed a series of topics, including government contention, environmental protection, gender equality, racial justice, and immigration.

Janelle Monáe performed "Django Jane" before taking a moment to talk about survivors of sexual assault, saying, "When survivors of sexual violence come forward, we have got to listen." Later, John Legend sang a new song called "Preach" that emphasized the importance of remaining hopeful during the darkest of times. Janet Jackson, who performed some of her greatest hits, including "That's the Way Love Goes," also passionately spoke against inequality. "Mistreatment and mindless prejudice has to stop," she said. "Equality is our demand. Action is our answer." See the celebrities who were at the festival to support important causes and galvanize viewers in the photos ahead.

Celebrity Instagrams
Halle Bailey, Ciara, and More Celebs Are Putting Their Own Twist on Cardi B's #UpChallenge
by Karenna Meredith 2 days ago

Ariana Grande
Celebrate Women's History Month With This Head-Bopping Playlist, Made by Ariana Grande
by Haley Lyndes 3 days ago

Music
SZA Is Busy Fighting For Climate Justice, but Don't Worry, Her Album Is Still on the Way
by Yerin Kim 3 days ago