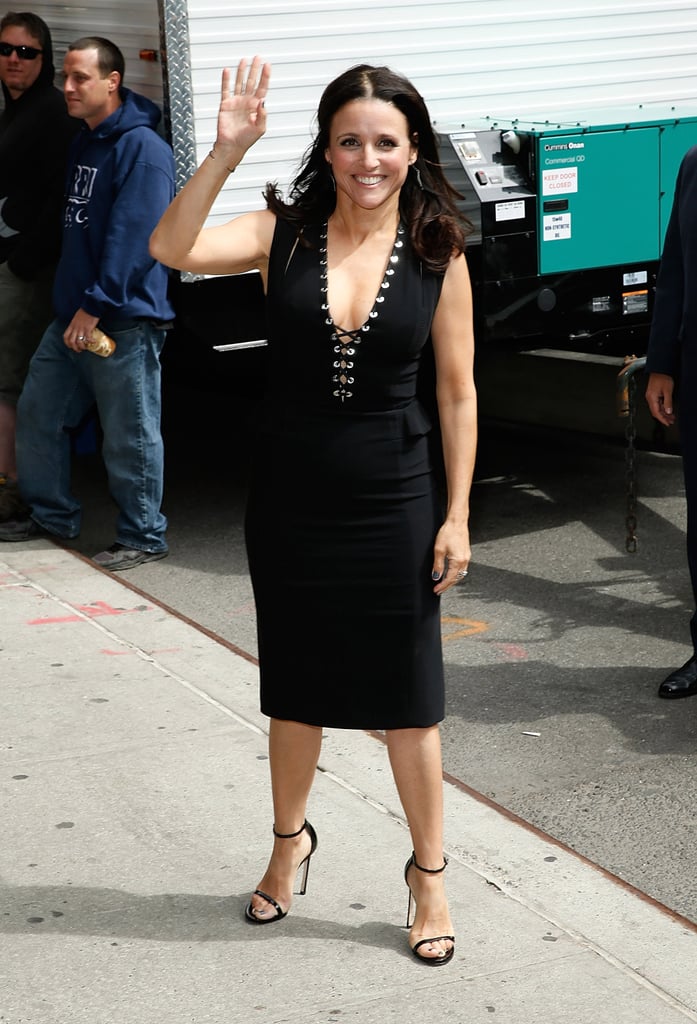 See the Stars Who Stepped Out For David Letterman's Final Show!

David Letterman ended a decades-long run as the host of CBS's Late Show on Wednesday night, and was surrounded by celebrity friends as he bid adieu to his 22-year gig. Stars like Tina Fey, Jim Carrey, Chris Rock, and Julia Louis-Dreyfus were all on hand to say farewell to Dave, as was Julia's former Seinfeld costar Jerry Seinfeld and his wife, Jessica. Alec Baldwin brought along his wife, Hilaria, and young daughter Carmen, and Steve Martin waved to fans while making his way into the historic Ed Sullivan Theater in NYC. It wasn't all comedians who showed up, though, as journalist Barbara Walters and NFL star Peyton Manning also arrived for the big event. As the record-breaking quarterback of the Indianapolis Colts for 14 seasons, Peyton helped deliver the Indiana native's last-ever top 10 list. Keep reading to see all the stars who stepped out for Dave's very last episode of the Late Show, and be sure to check out all the other talk-show fixtures who paid tribute to Dave ahead of his retirement.

The Tonight Show Starring Jimmy Fallon
Yep, Even Anne Hathaway Relies on the Ol' "Santa's Watching" Trick to Discipline Her Kids
by Victoria Messina 1 week ago