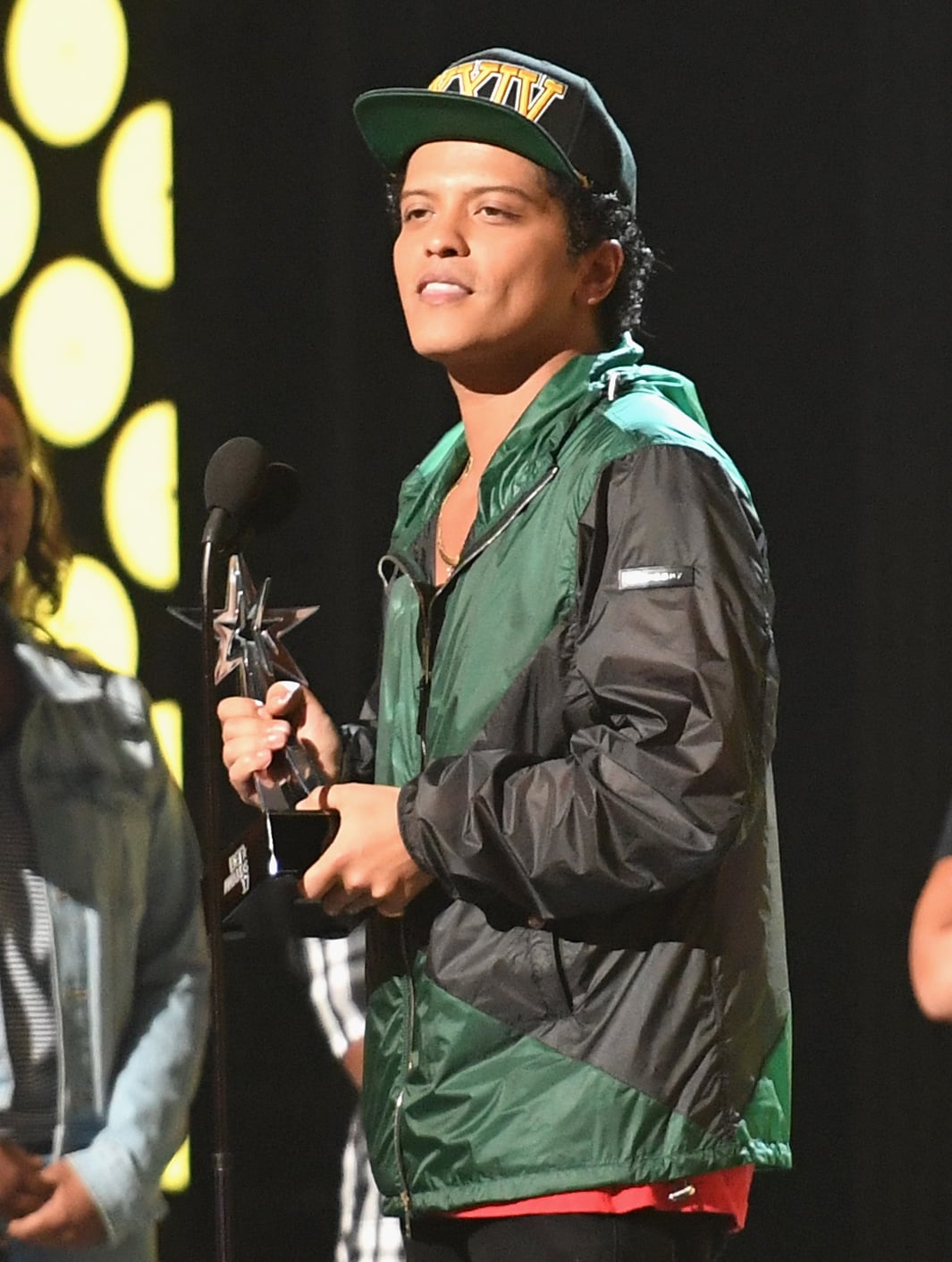 Bruno Mars was caught nodding off during the BET Awards on Sunday night, and true to form, the internet has made the moment a meme. While Mary J. Blige was on stage singing, the camera panned to Bruno in the audience, where he appeared to be "resting his eyes" while standing at his seat. In Bruno's defense, it's no wonder that the "24K Magic" singer got a little sleepy; he opened the big show with a high-energy performance of "Perm" — plus, the show was three-and-a-half hours long, which would make it difficult for most people to stay awake through.

Related:
16 Reasons Bruno Mars Is Beautiful Just the Way He Is

Once Bruno was caught on camera, the internet lit up with reactions. See the best ones below.

Did I just catch Bruno in the crowd sleep?? #BETAwards pic.twitter.com/1YqvRvvvlr

Bruno Mars falling asleep at the #BETAwards is me in everyday life once I hit 30. pic.twitter.com/SdGTbEJI7n

Girl, that's why @BrunoMars was looking asleep on his feet. Like how TF long is this damn show! #BETAwards

Lmao @BrunoMars falling asleep during Mary's performance but got that energy to accept that award. #BETAwards pic.twitter.com/BJJrtDqXOY

Bruno Mars looks like he just remembered he got bills due tomorrow but don't get paid til Friday #BetAwards pic.twitter.com/xORUEwUZbr

Maybe Bruno was sleep on y'all like y'all were sleeping in Bruno all these ages? #BETAwards pic.twitter.com/OpQRoiF2tM

Paris Hilton
19 Quotes Paris Hilton Blessed Us With in Her New Cooking Show, Including "These Spoons Are Brutal"
by Caitlin Gallagher 9 hours ago

Animal Videos
When Its Owner Burned Muffins, This Cat Knew the Smoke Alarm Was "Not a Drill"
by Alessia Santoro 1 day ago