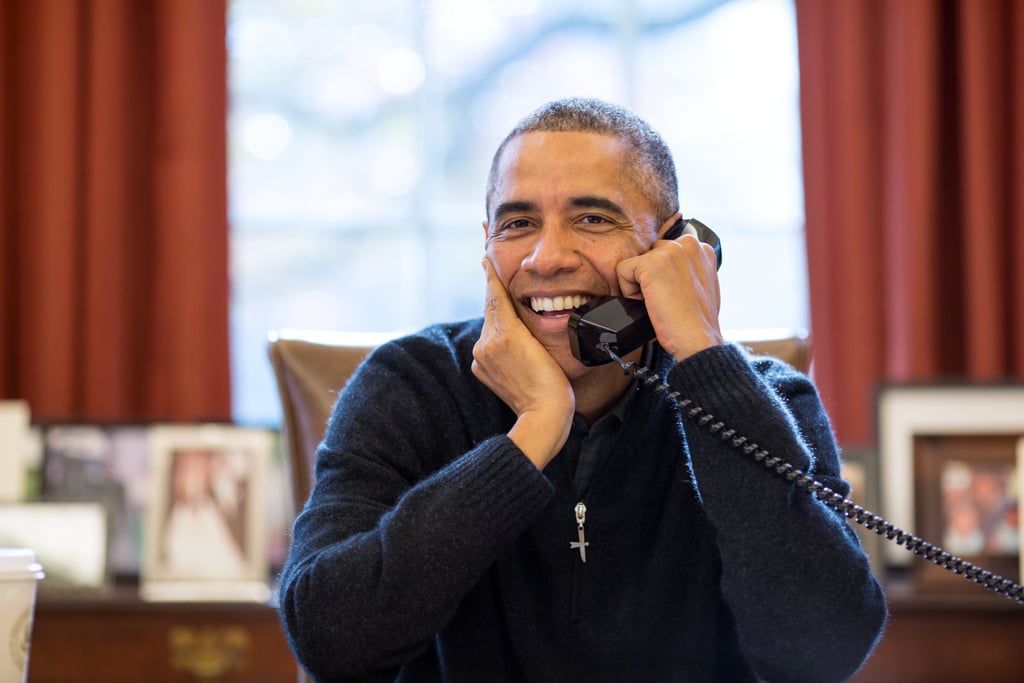 18 Times Barack Obama Was Unequivocally You

Over the past eleven years, Barack Obama has risen to fame not only as the former president of the United States, but also as one cool, relatable dude. His hilarious, candid facial expressions have become memes, and he's been at the center of many moments that most of us would call "normal." Among these occurrences is when Obama gets up close and personal with everyday Americans, shares sweet moments with kids, or looks totally, completely over it. Basically, he's more like you than you probably realize. PS. We miss you, man!

Joe Biden
Bump, Bump It Up! The Presidential Inauguration Was Filled With Genuine Fist Bumps
by Perri Konecky 5 days ago

Celebrity Instagrams
Barack Obama Celebrates Michelle's 57th Birthday: "Every Moment With You Is a Blessing"
by Karenna Meredith 1 week ago

Celebrity Instagrams
Michelle Obama Gave Barack a Drawing For Christmas, but the Story Behind It Is the Real Gift
by Karenna Meredith 3 weeks ago