Yvonne Orji is proving that if you want to make a big political statement at an award show (as many celebrities tend to do), you don't always have to say it with words. For Sunday night's Emmy Awards, the Insecure actress let her hair do all the talking for her when she wore a short haircut with a fist design etched into the left side as a tribute to the Black Lives Matter movement, and we'll just say that if there were an award for best hair of the night, it'd definitely go to her.

"NUFF✊🏾SAID🖤," she captioned a photo of the cut that she shared on Instagram. According to a few tags in the caption, Orji's hair was styled by Mary Daniels and the design was done courtesy of Mickey West-Potts. As for the rest of her look, Orji wore a stunning one-shoulder gown from Azzi & Osta and jewelry from David Yurman. For beauty, her makeup artist Drini Marie gave the actress a deep red lip to match her dress and a bold set of lashes for extra drama. Check out Orji's full look above.

Beauty News
Did You Catch This Detail? Beyoncé Inspired Queen Charlotte's 1 Hairstyle on Bridgerton
by Jessica Harrington 5 days ago

Prince Harry
Prince Harry Has a Ponytail Now? Well, According to Rob Lowe He Does
by Tori Crowther 5 days ago 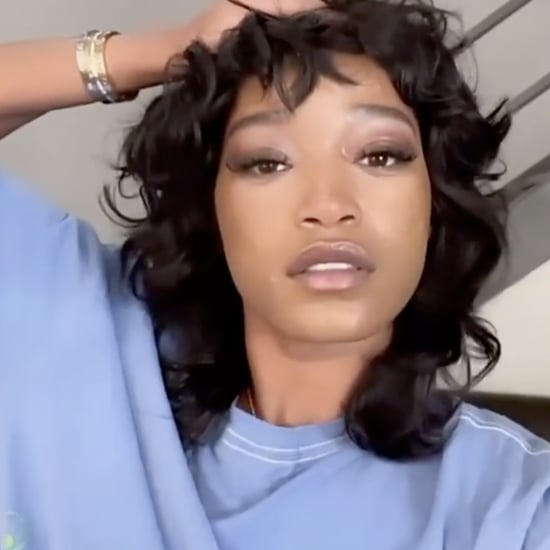