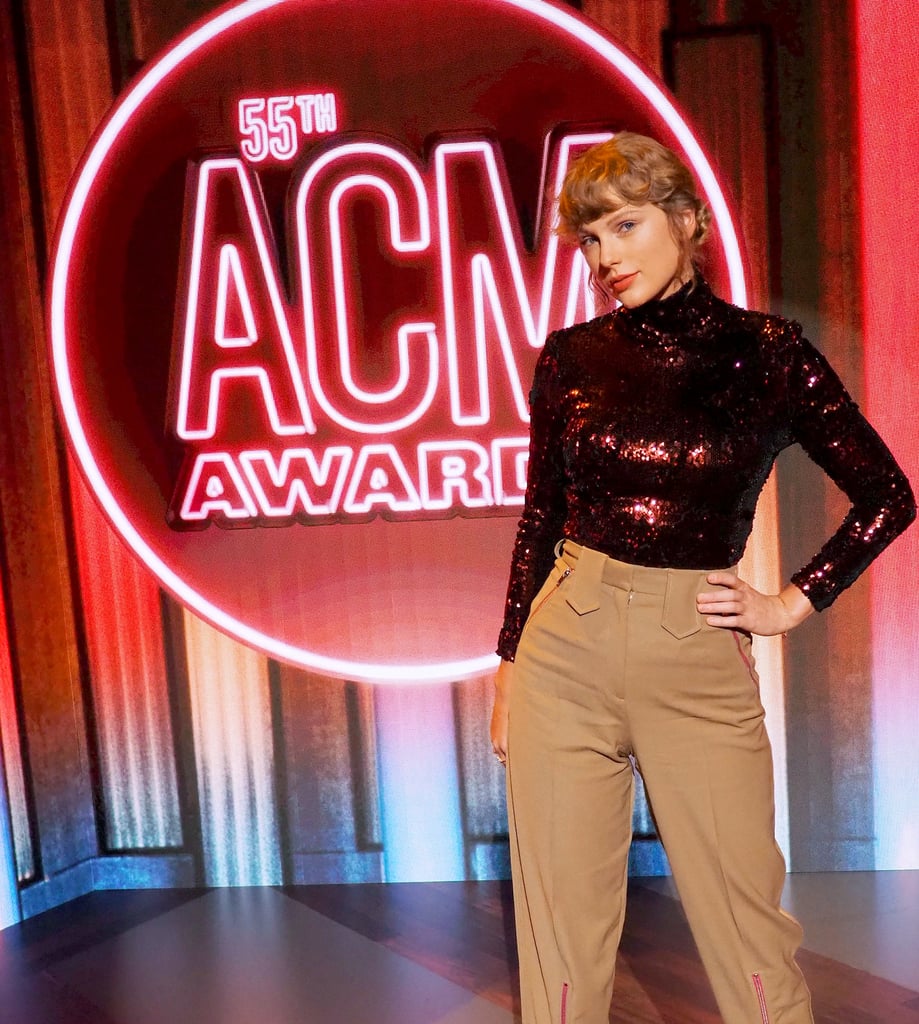 Taylor Swift Did Her Own Hair and Makeup For the ACM Awards, and She's Basically a Pro

The 2020 Academy of Country Music Awards on September 16 was a big night for Taylor Swift. Not only did she perform her new song "Betty" from her eighth studio album Folklore for the first time, but she also did her own hair and makeup for the show, reports People.

For the occasion, Swift kept her makeup very natural and low-key with a pop of orange-red lipstick. Her hair was pulled back in a curly, loose, low-bun that resembles the hairstyle she chose for her "Cardigan" music video back in July — which she also did herself.

Swift has taken her beauty prep into her own hands several times this year due to COVID-19. At the 2020 MTV Video Music Awards, she made a virtual appearance to accept the award for best direction in a breezy striped shirt dress and monochromatic, flushed makeup that we can only assume she did herself (given the fact that she was calling in from home).

Swift has clearly been keeping busy and brushing up on her makeup skills from home.

Billie Eilish
Well, That Was Fast: Billie Eilish Is a Brunette Now
by Kelsey Garcia 3 days ago

by Princess Gabbara 3 days ago