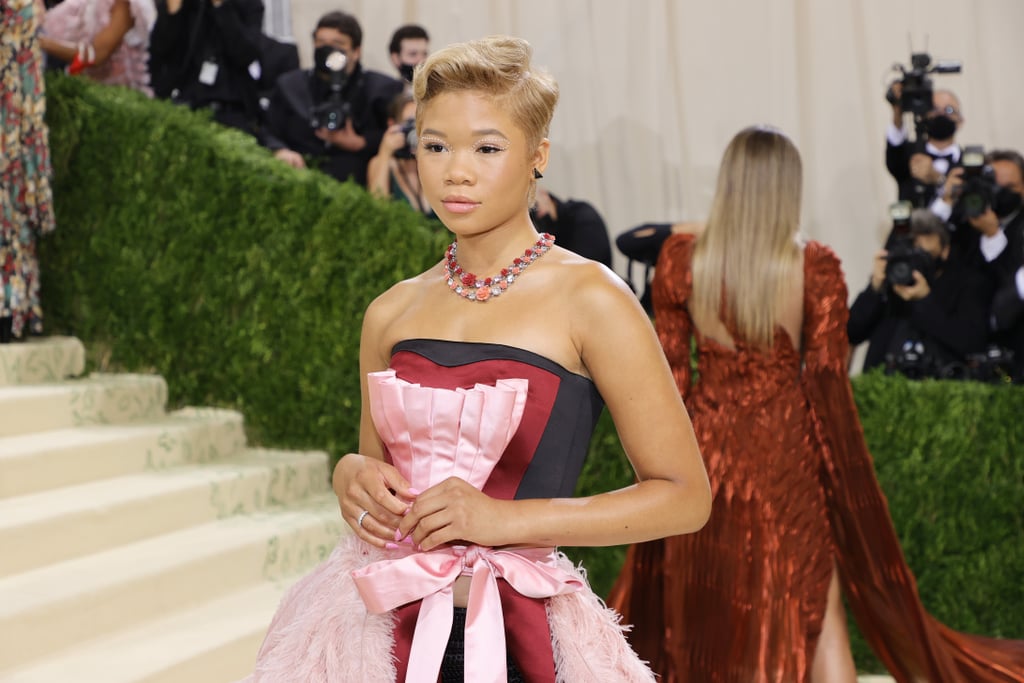 Storm Reid is just one of a few celebrities who seems to have been loading up on tattoos in the last year. The Euphoria star got her first tattoo when she was 16 years old, and she recently shared a photo of her newest piece of ink on Instagram before explaining to fans via her Stories the very sweet backstory behind her cosmic design.

On Sept. 28, Reid and her older brother got matching tattoos inspired by the phases of the moon on the day they were both born. On her Instagram Stories, the actress shared a few videos documenting the process before revealing in a separate photo that the moon was in a waxing crescent phase when she was born on July 1, 2003. On her brother's birthday, April 10, 2001, the moon was in a waning gibbous phase, so the siblings decided to combine the two into one tattoo.

As far as we know, it's the only matching tattoo she has so far, but she has a few more where that one came from (and she's been open about her plans to get more). Keep reading for more about each one means.

Billie Eilish
Well, That Was Fast: Billie Eilish Is a Brunette Now
by Kelsey Garcia 2 days ago

Beauty News
Kehlani on Removing Their Breast Implants: "I Always Felt Like I Was Looking For 'Beauty'"
by Perri Konecky 5 days ago