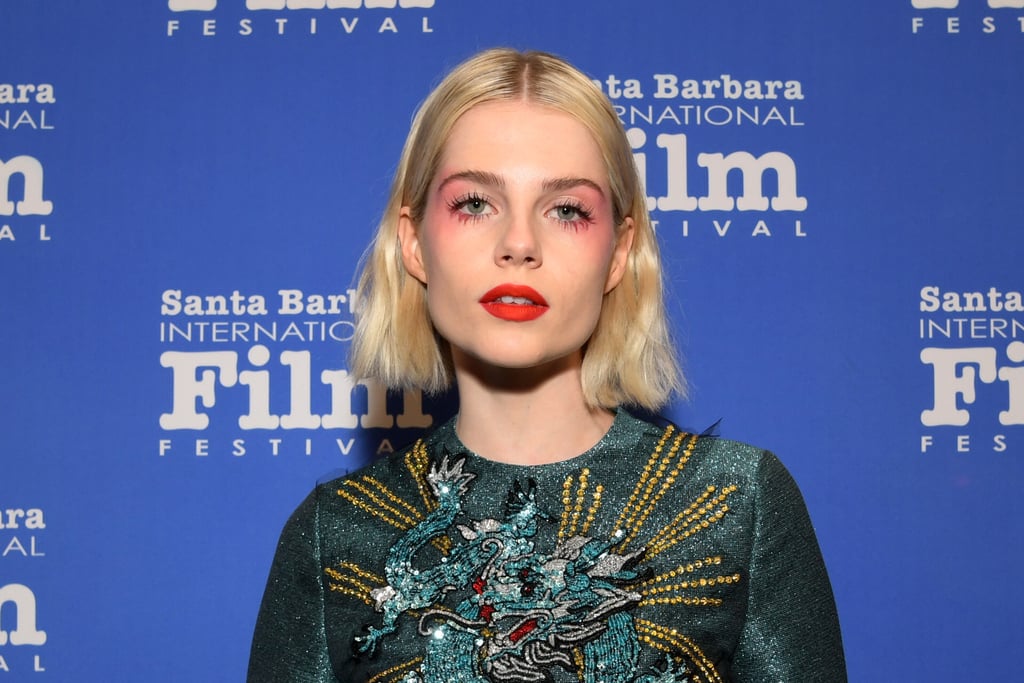 Boynton's look for the Santa Barbara International Film Festival was inspired by "medieval geisha feelings," according to Baker. She applied a coat of pink mascara to Boynton's bottom lashes and extended her shadow to her temples and paired it with a matte red lip for "color contrast." She mentions an influence of pink custard and sponge cake, which was served on rainy days while she was in grade school in England, as well as the English telephone vestibules.