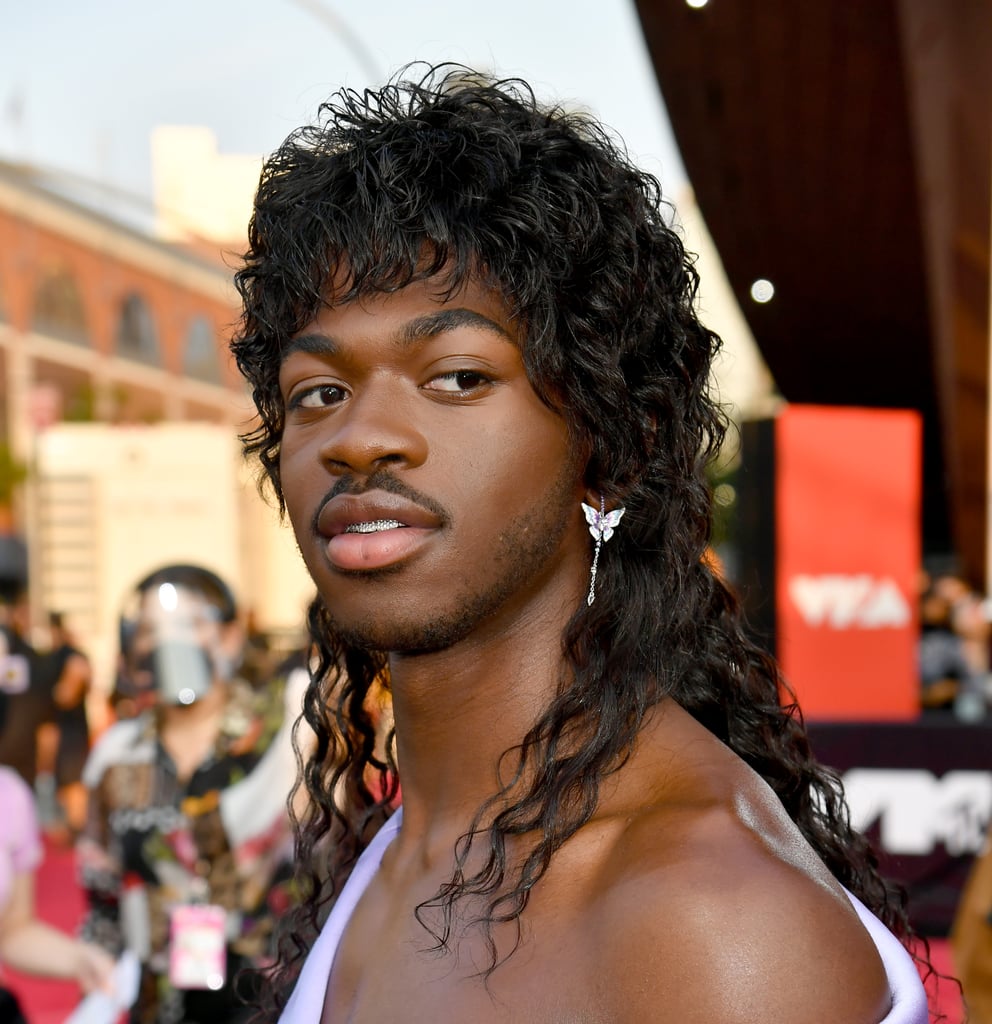 The Surprising Haircut Trend That Ruled the MTV VMAs Red Carpet: the Mullet

Further proof the super-trendy mullet is here to stay: the 2021 MTV Video Music Awards. The stars in attendance pulled out all the stops — for both their ensembles and their performances — and quite a few mullets made red carpet appearances throughout the night. From Lil Nas X's curly look to Billie Eilish platinum blond hair and Debby Ryan's mega-volume take on the style, the clear winner of the category "most popular hairstyle of the year" is the mullet.

The mullet haircut has a long list of fans in Hollywood, with Miley Cyrus leading the charge a few years ago when she first debuted the retro look. Since then, countless people have tried the business-in-the-front, party-in-the-back style on for size. Considering Sunday night's VMAs marked the music network's 40th anniversary, the resurgence of the throwback style feels especially fitting.

See all of the mullet haircuts from the 2021 MTV VMAs ahead.