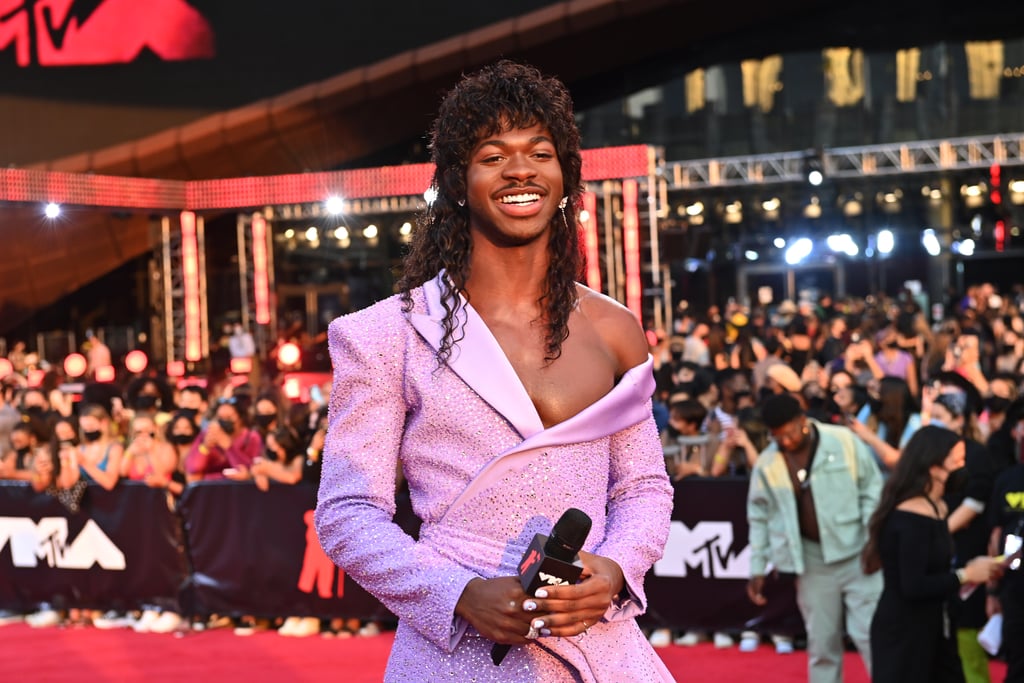 If there's anything we can count on Lil Nas X to do at an award show — aside from delivering a showstopping performance — it's to wear a look that'll immediately turn heads. On Sunday night, for example, the rapper stepped out at the MTV Video Music Awards wearing a bedazzled, off-the-shoulder lavender suit with a matching train. He threw a little '80s nostalgia into his look by pairing it with a full-blown mullet.

The mullet haircut has made a huge comeback over the past two years with celebrities like Miley Cyrus, Barbie Ferreira, and Halsey debuting them during last year's quarantine, though Lil Nas X's take on the trend at the VMAs was a little less modern and similar to the classic cut that was popularized decades ago. The rapper gave his "business-in-the-front" cut a shaggy, wet, and wavy look that was similar to a Jheri curl.

Lil Nas X is set to perform his Jack Harlow-assisted single "Industry Baby" during the show tonight, and he's also up for five awards including video of the year and best direction. See his mullet from every angle ahead. 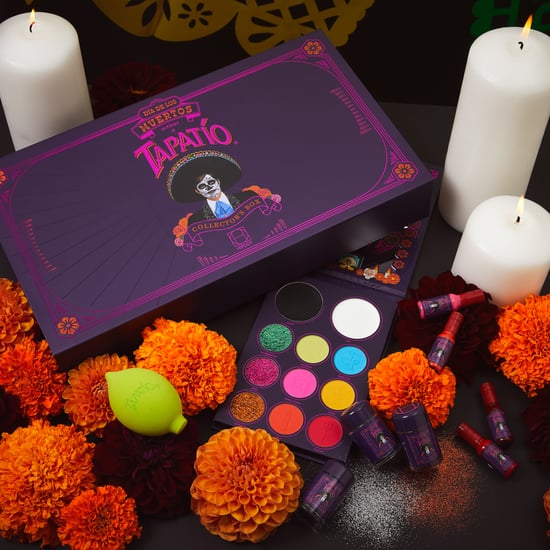