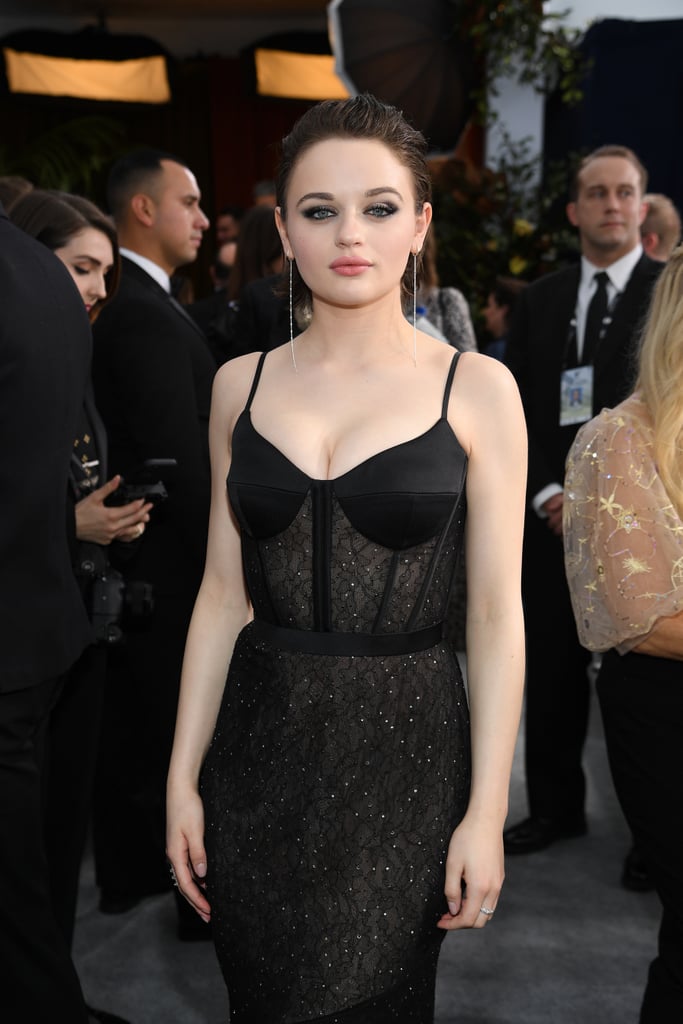 Joey King brought an unexpected sultry edge to her look at the SAG Awards on Sunday night. The actress, who was nominated for female actor in a miniseries or television movie, appeared at the show in LA wearing a sexy black lingerie-inspired "naked" dress that she paired with a Jimmy Choo clutch of the same color. She pulled the outfit together with her glam for the night, which included a smoky eye and the wet hairstyle that's already become one of the most popular hair trends of the year so far.

According to Anabel Santos of Sally Hershberger NoMad Salon in New York City, "wet hair" is just a quick-and-easy slicked-back look that makes the wearer appear as if they've just stepped out of a pool or shower. And leave it to King to make the style look equal parts chic and effortless.

While breaking down how he was able to achieve her look, celebrity hairstylist Dimitri Giannetos explained that he applied Suave Professionals Keratin Infusion Smoothing Hair Serum ($6) to King's hair after giving her a quick shampoo and condition. He then sprayed her with a bit of the brand's Refresh & Revive Dry Shampoo ($3) to give her some extra hold before slicking the hair back and finishing things off with the Suave Flexible Control Finishing Hairspray ($3).

Read ahead to get a closer look at King's "fresh-out-the-shower" glam.

Beauty News
There's Already a Wait List For Peace Out's New Brightening Pads, So Clearly I Had To Try Them
by Danielle Jackson 2 days ago 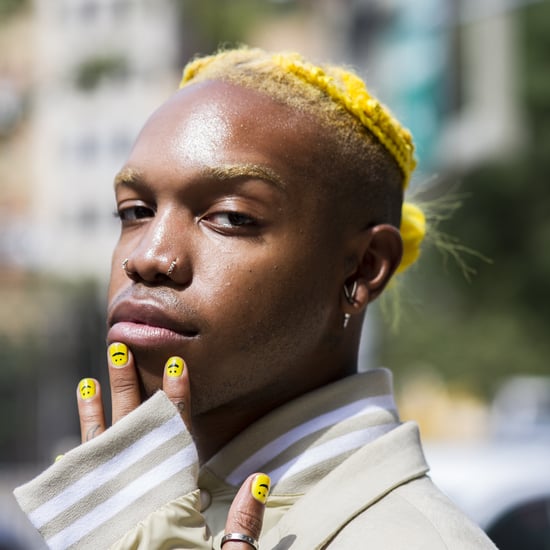 Beauty Trends
Sick of Winter Yet? The "Dandelion Yellow" Nail Polish Trend Is Your Spring Awakening
by Kelsey Castañon 2 days ago