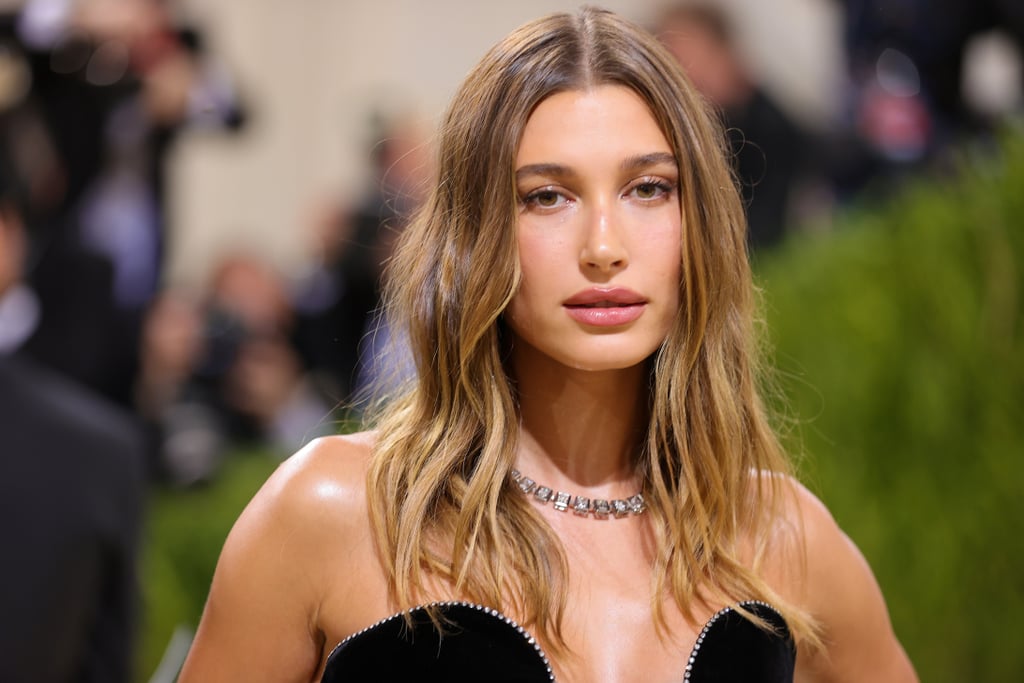 Hailey Bieber has gone back to her roots. After years of pretty much perfecting her golden blond hair color, the model recently dyed her hair a light brown closer to her natural shade. Bieber and celebrity hairstylist Bryce Scarlett both shared photos of the fall-ready look on Oct. 21, a few days after Bieber appeared at Elle's Women in Hollywood event with noticeably darker hair.

Bieber's current color resembles the "mushroom" brown trend currently happening, which involves a cool base to create an ashier effect. Funny enough, Bieber captioned her selfie with a single mushroom emoji. "This mushroom color is a great way to level up brunette hair without straying too far from your natural color," celebrity colorist Guy Tang previously told POPSUGAR.

This isn't the first time Bieber has gone to the dark side: she previously dyed her hair a rich brown for her 2015 Met Gala appearance, although that phase was short-lived, and she was back to blond by the following month. Perhaps this shade will stick around longer? See photos of her moody hair makeover ahead.

Beauty News
Kehlani on Removing Their Breast Implants: "I Always Felt Like I Was Looking For 'Beauty'"
by Perri Konecky 2 days ago