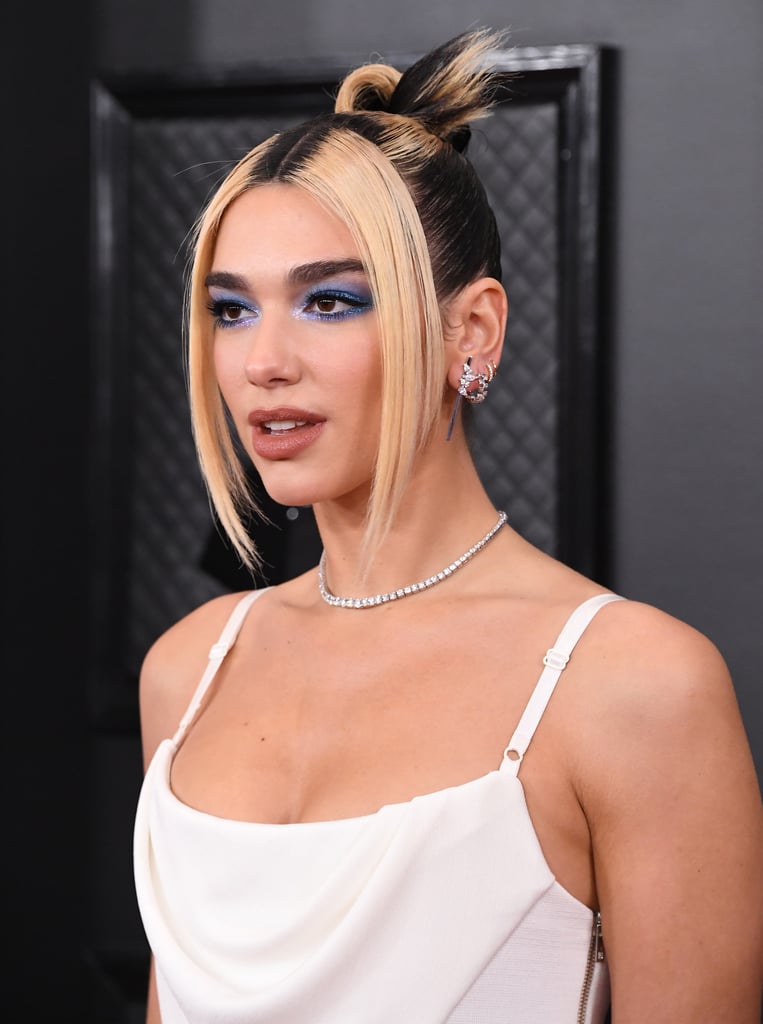 The '90s called and wants to congratulate Dua Lipa on her beauty look at the 2020 Grammy Awards.

The "Don't Start Now" singer stepped out for the award show on Sunday night wearing "piecey" hair — a style that ruled the SAG Awards last week — and she's just proved that it's here to stay. Hairstylist Chris Appleton (whose regular clients includes Kim Kardashian, Jennifer Lopez, and Ariana Grande) pulled Lipa's hair back into a sleek topknot (complete with a porcupine spike!) and left two large tendrils of hair out in a middle part.

Although the "piecey" hairstyle gave us major nostalgia, Appleton made it feel fresh by doing two things: making sure the topknot was completely slicked back (with no flyaways) and cutting the chunky pieces of hair into a graduated angle. This added definition and framed the face, making the style feel modern. Appleton even posted the caption "Grammys 1999" alongside Lipa's look, giving a callout to the era that inspired him..

Lipa's chunky blond highlights and dark brunette roots also gave a nod to the '90s, which made the face-framing tendrils stand out even more. Ahead, get a closer look at Lipa's flashback hair moment — you might just find yourself wanting to try it out.