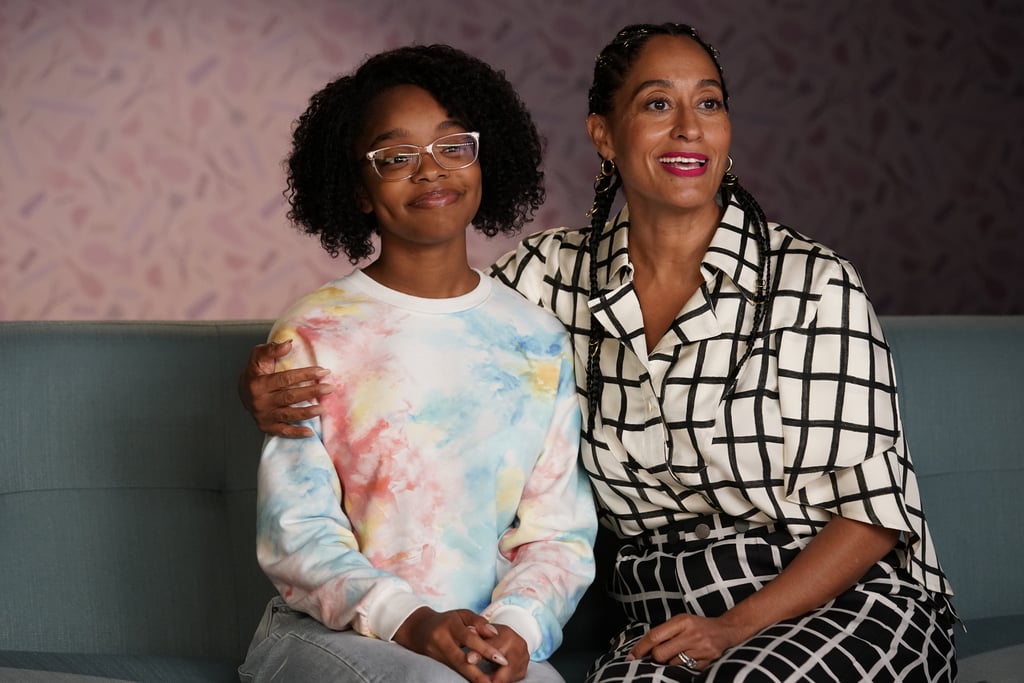 The ABC series Black-ish has been nominated for an Emmy in the outstanding contemporary hairstyling category, and there are a lot of reasons why that's big. Hair department head and Tracee Ellis Ross's hairstylist Araxi Lindsey received the nomination for her work in the episode "Hair Day," which follows Marsai Martin's character Diane Johnson on her new beauty journey at the salon with her mom Rainbow Johnson (portrayed by Ross) after expressing she no longer wants to get chemical relaxers in her hair.

"I took reference from my personal journey as a teenage girl in making that transition from wearing a lot of braided hairstyles with beads, then transitioning from that into a relaxer only to find out that chemical process on natural hair isn't the best way to go, especially for young children," Lindsey told POPSUGAR. "I remember going through the process of not wanting the relaxer anymore and then working with my own natural hair, and just how time consuming that can be and how damaging it could be to a young girl's ego."

Aside from being relatable for young Black girls and women, the reason this Black-ish episode in particular and the Emmy nomination for Lindsey are so important is multilayered, and she explained why ahead.

Harry Styles
This TikToker Designed Tattoos Inspired by Harry Styles Songs, and I Want Every Single One
by Danielle Jackson 4 days ago

Beauty News
Did You Catch This Detail? Beyoncé Inspired Queen Charlotte's 1 Hairstyle on Bridgerton
by Jessica Harrington 4 days ago