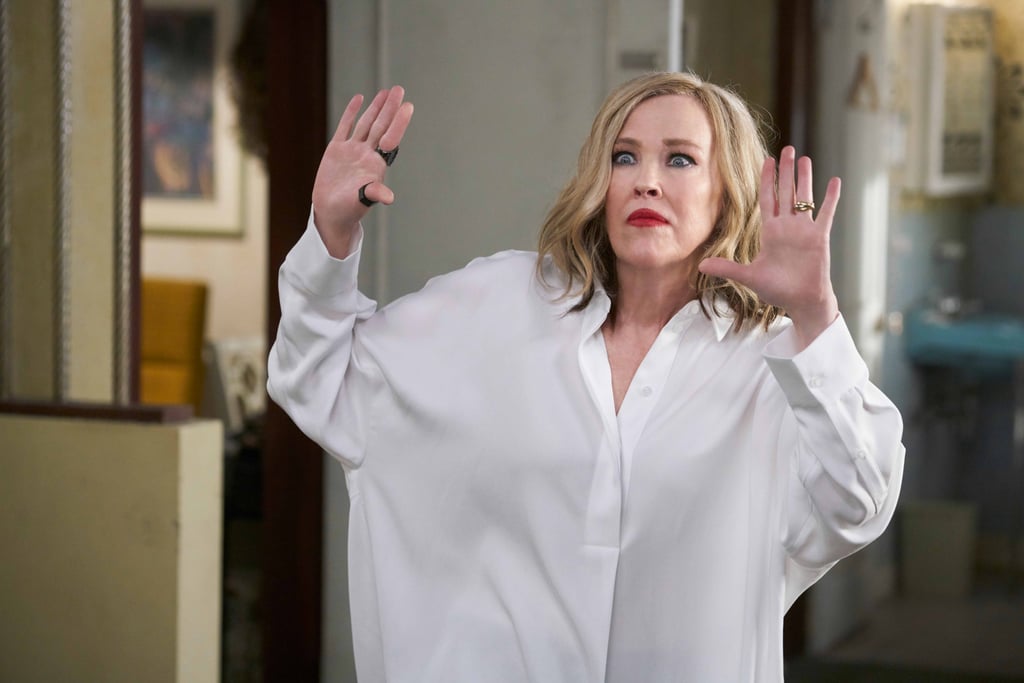 I'm Obsessed With This Lipstick From Schitt's Creek, and You Need to Be Too

A few weeks ago, I binged the first three seasons of the Canadian comedy Schitt's Creek — season four is currently airing on the Pop TV network in the US — and I was struck by a few things:

Regarding that last bullet, I have not been able to stop staring at Moira's lips. As a former soap star, Moira (O'Hara) has a flair for the dramatic, and her Taylor Swift-worthy lip color is no exception. I have missed whole storylines trying to figure out what orange-red lipstick she's slathered on, and it led me down a rabbit hole.

Eventually, the network's PR team pointed me to an interview with O'Hara's personal makeup artist, Lucky Bromhead. In it, she spells out exactly what she uses for Moira's lips — it's actually a combination of two products, and one is pretty surprising.

Schitt's Creek
Someone Turned David Rose's Sweaters Into Mini Christmas Ornaments, and I Need 'Em All
by Chanel Vargas 1 day ago