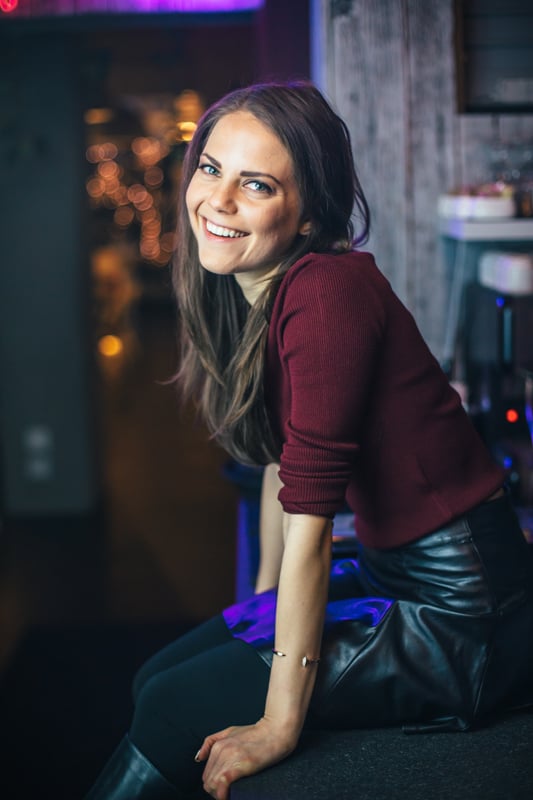 With a glass of Champagne in one hand and my iPhone in the other, I happily bid 2016 goodbye (read: middle finger to the previous 364 days). I don't typically make New Year's resolutions, and I was pretty satisfied with my beauty regimen at the time, but somehow these two things changed within a matter of 30 (dark and cold) Winter days in New York City.

My best guy friend, Alejandro, brought an idea to my attention a week earlier: dry January. (At the time this article was written, he requested I mention he's ruggedly handsome, charming, and single. But I digress.)

The challenge was simple: giving up all booze (wine, beer, and spirits) for the entirety of the month. Al's friend had completed it the year before with success. According to Al, his friend raved about how great he felt, how high his energy levels, and various other healthy-ish things. I smiled and said I'd think about it. In reality, I didn't think about it. After all, I don't drink that often or that much — maybe two drinks, two nights a week. Another thing I didn't think about: how it would alter my skin.

Somewhere between Dec. 31 and Jan. 1, Al and I decided to make a bet. We wanted to see who could actually complete the task of staying sober for 30 days and also, you know, do that thing where you support your buddy and stuff. Between Jan. 1 and Jan. 31, my skin improved tremendously. Here are a few ways my face was enhanced by giving up alcohol for 30 days straight.

Although it's fun to apply and play with, I'm not a huge fan of wearing a lot of makeup on a regular basis — for a few reasons, including letting my skin breathe and the time it takes to secure a mirror in the gym locker room. My style is more yoga pants slash hair in a ponytail slash a little bit of powder (if needed). During January, I found less of a reason to cover up my epidermis because my skin was much clearer. I was functioning with fewer breakouts and a more even skin tone. Even little pigment inconsistencies were less noticeable, and sometimes gone completely. There were a few days of the month when I wore zero makeup! As someone who has always had something to cover up — a dark spot or a blemish — this was an unusual and amazing feat. Not applying makeup also saved me a solid five to 15 minutes every morning, at the very least.

The products I was using in the new year weren't any different than those of 2016. I was pretty happy with the prescription assigned by my dermatologist, my moisturizer, and my serums, etc. Regardless of a mostly clear palette (after all, stress and time-of-the-month things disrupt a fully impeccable state), my skin had a new, natural glow. I surely wasn't wearing bronzer or blush, and I wasn't subscribing to a new diet. Rather than being dull and dreary (and zombie-like), many of my friends commented on how energized I looked and how my skin radiated that notion. The best way to describe this phenomenon is "high school skin." It reminded me of how my mug looked when it behaved during my teenage years (read: no pimples), even before "college skin" (ahem, involving alcohol consumption but still youthful and well-rested). The subject of college — aka the days of sleeping in on weekdays, until class started at noon — brings me to another victory during dry January: accomplishing eight hours of sleep every night. I'm a terrible person to share an apartment with if you're a light sleeper. (Also, if you don't like ice cream. Otherwise, pft . . . I'm awesome.) Regarding the former, it's because I often sleep five to six hours a night, typically getting out of bed at 4 or 5 a.m. to clean our shared space in hopes of putting my insomnia to good use. I do mean well. Not drinking made my snoozing so. much. better. I wasn't waking up with anxiety or having trouble getting comfortable and/or tossing and turning. I was sleeping through the night, night after night. The result? No more bags under my eyes (and, again, no more looking like the undead). My apartment might have been a little less tidy that month, though it was worth the extra zzz's, more energy, upbeat attitude, and positive outlook throughout the day.

In the mornings and before bed during the Winter, I'm usually lathering up moisturizer and applying it to my cheeks and forehead. Instead of feeling dry midday, as I usually did, I didn't feel as parched during the coldest month of the year, even when the worst gust of wind would blow my way. I should also note that I trekked to freezing-cold Canada for a long weekend and was totally fine. My skin was supple and elastic, and I didn't feel an uncomfortable itchiness or tightness at any point — even when skiing and snowmobiling — which was such a relief. What also may have contributed to this change was drinking more water at night. Instead of consuming a glass (or two) of wine at dinner or ordering a cocktail when my friends went out to the bar, I was opting for H20 and therefore hydrating more frequently during times when I would otherwise be boozing.

I'm not going to throw Al under the bus, but let's just say he lost our bet within two weeks. I not only added "dry January champion" to my résumé of impressive feats (which includes eating three pints of ice cream in one sitting and SoulCycle-ing for 20 out of 30 days in a month), but I garnered these other wins as well. Altogether, I was happy I participated in dry January. On the last day of my 30 days of sobriety, my friends and I shared a few bottles of red wine to celebrate. Truthfully, my skin has suffered since. The good news? I'm pledging no beer, wine, or spirits for all of January this year, and so far I'm going strong. Although Al and I are not betting this time around, I have no doubt my skin is going to be the winner after all is said and done. Summer Fashion
Move Over, House Dress; This Spring Is All About the Slip
by Claire Stern 3 days ago

Fashion News
Yes, We're Still Talking About Guess's Telfar Handbag Knockoff, Because It Was So Wrong
by Kedean Smith 3 days ago